Show all categories Water Treatment Back 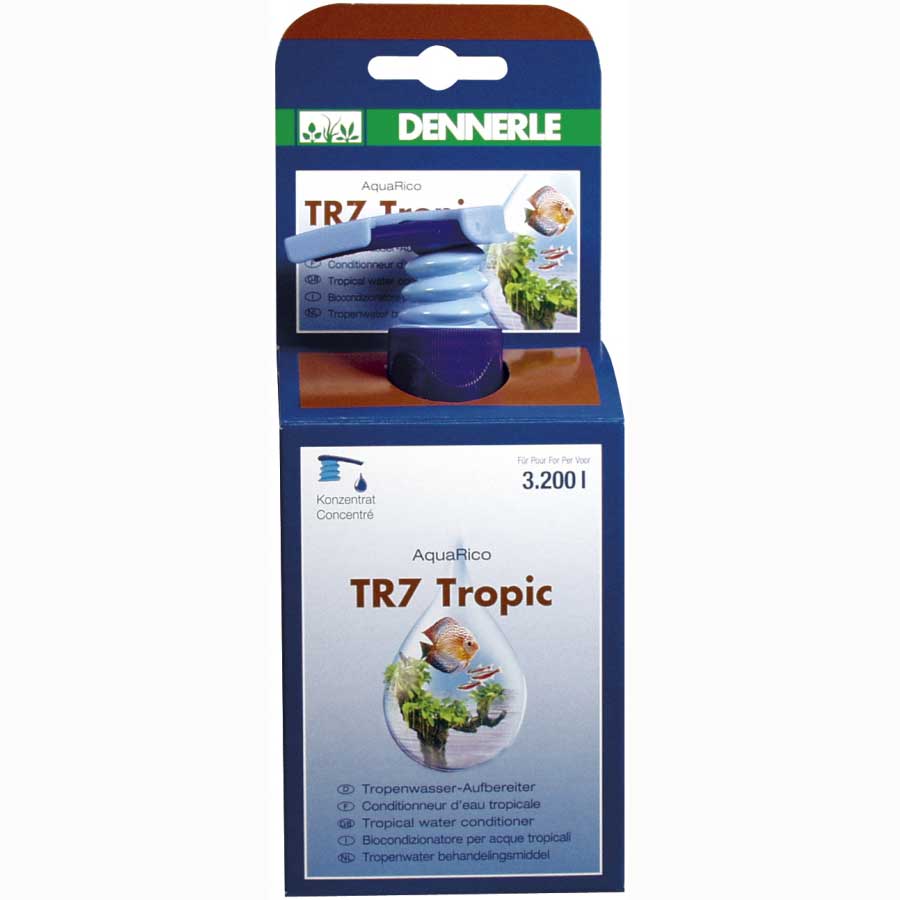 Many of the most popular aquarium fish originate from tropical black water regions such as the Amazon or the Rio Negro. The most prominent characteristic of these waters is their high level of humic and tanning substances, which are released during the biodegradation of plant material.
Apart from colouring the water brown, these natural substances are also crucial to the health and well-being of numerous fish. They strengthen the mucous membranes, for example - a fish’s most important barrier to pathogens. Humic substances taken in with food are conducive to healthy digestion.

It contains a concentrated extract of humic peat, oak bark and alder cones. In this way, it adds valuable humic and tanning substances to the water, such as aquarium fish are accustomed to in their natural habitat. The additional extract of tropical almond leaves, which is particularly rich in vital substances, is a recognised recipe for healthy aquarium fish among Asian breeders.
In particular, TR7 facilitates the acclimatisation and care of all fish from black water regions, such as discus, neons, scalares, dwarf cichlids and long-whiskered catfish. The water conditions akin to the natural habitat reduce stress. Humic and tanning substances strengthen the mucous membrane, thereby reducing the risk of skin diseases. TR7 Tropic promotes spawning instincts and increases egg hatching rates. Healthy fish which feel at home in their aquarium environment display their natural colouring in all its glory.

No reviews found. Be the first to share your insights.
Foundation Modal